$$$Additional IN-CART savings on this item.$$$

This is the real Magic Wand, the Magic Wand Original, which has been the preferred corded vibrator for almost half a century. Redesigned and repackaged several years ago, the Magic Wand no longer shows the manufacturer's name, and instead is identified by its U.S. distributor, Vibratex. However, it remains the powerful, well-made product that has been satisfying sexual needs since LBJ was president, despite its downlow official image as a mere muscle massager (where it excels as well).The Magic Wand Original weighs 1.2 lb, is made of hard plastic, and measures 12 in. long, 2.25 in. wide. The bulbous tennis ball-sized head vibrates at two speeds, 5,000 and 6,000 vibrations per minute. The power choices are selected via a redesigned switch that is more reliable and durable than before. The cord length is 6 feet and is designed for a U.S. 110-120V/60A power source. (This is not the rechargeable model.) The unit is not waterproof or even water resistant. But it's unrelenting power makes it the preferred method of getting the job done for millions of women.

Added to your cart:

What our customers have said:

That was my first response when I saw this bbc beauty !!!! Love playing with it orally and anally !!!! Very filling!!!! Great product great service. May be buying another one... one for each place.

A
Dick Rambone: 18in.x 2.5in. (Black) A.
World heavyweight champion 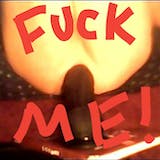 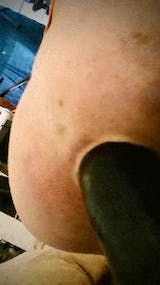 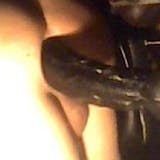 This outfit brought some fun into our bedroom. I felt sexy in it and my husband agreed. Great fun!

This teddy is comfortable and oh-so- sexy!! Highly recommend!

This lube looks and feels like the real thing. Very realistic!